Has ‘Toilet to Tap’ Reached the Tipping Point in North America?

LIMITED ACCEPTANCE WHEN IT COMES TO WASTEWATER 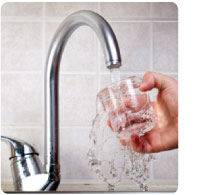 While the concept of wastewater reuse for household use still has a ways to go, several cities in the US have, or are planning to turn towards this resource. Severe drought years in California, as well as changes to federal laws protecting water sources previously used to supply drinking water, has forced communities to look to other processes to provide for their needs. While desalinating sea water is more appealing to the public’s tastes, the cost, both economic and environmental, makes it a less favorable option. Orange County water officials estimate that recycled water costs approximately $525 per acre-foot to produce, whereas desalinated water costs between $800 and $2,000. Desalination also uses more energy and presents concerns for the ecological impacts to marine life and air quality (via green house emissions).

The Treatment of Wastewater

Re-use of wastewater is not a new practice, and the first major undertaking was in Windhoek, Namibia, over 30 years ago. Even given this length of time, first world countries have been reluctant to follow suit. In the past few years this has begun to shift, most successfully in California and Singapore.

The science of water recycling is better explained, and new guidelines presented by the EPA  in 2004 have helped demonstrate the safety of this water source. More than science, psychology seems to have played an important role in the shift in public opinion. Singapore launched a massive public awareness campaign to highlight the benefits and decrease the perceived risks, to help swing public opinion. Singapore successfully established how this program could both bolster their continued economic success while at the same time allowing them to become less reliant on water from Malaysia.

A method to help ease public concerns with wastewater reuse in the US is to purify the water at plants, such as the one in Orange County, and then reintroduce that water into underground aquifers, to allow it to mix with other water and then re-enter the normal water filtration system. Given that the water tested before this step consistently out performs normal drinking water in terms of quality, this step appears to be made more for the public perception that water that runs through the natural environment is cleaner, rather than any scientific reality. Taking the lessons learned in Singapore, California has teamed up with environmental groups like The Surfrider Foundation to shift the focus from the water’s source to its benefits as an environmentally sound replacement for a dwindling world supply.

This successful combination of science and psychology appears to be having the desired effect, as more and more communities are turning to this renewable resource to help meet our growing water demands.

Dynamix has some of the best account managers I have worked with. When a shipment ended up stuck in customs, Dynamix did everything to move it out and get it on its way to us, and communicated every step of the way. Very thankful!!!