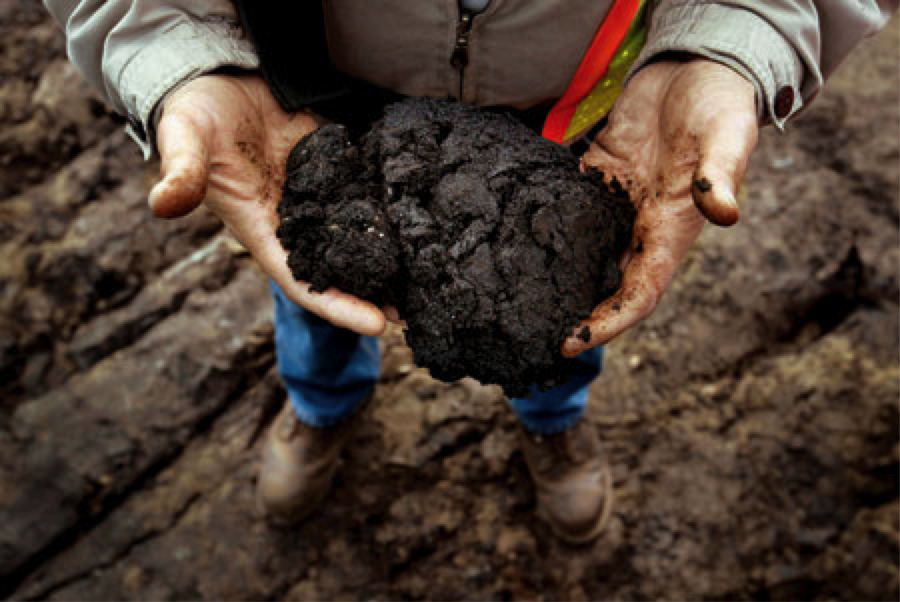 Responsible development of the Alberta oil sands reveals complex challenges that are driving technological innovation across the country. These innovations are key to continuous performance improvements in the industry.

Canadian businesses are developing solutions to challenges both new and old, and are helping to establish Canada as a world leader in tailings reclamation, water treatment and liquids storage.

A byproduct of oil sands processing plants, tailings consist of clay and other process effluents mixed with water. The resulting solution is contained near the production in tailing ponds that pose great and growing concerns about the impact on the environment.

EKS uses electrodes to apply an electric current to the tailings. The electricity separates water from the tailings and compacts the clay into a more firm material. Once separated, the water is of sufficient quality to be reused in the oil sands extraction process, which reduces the freshwater draw from other sources. The clay becomes dense, settles out and over time compacts into a solid, allowing land to be reclaimed more rapidly.

While the use of electricity for environmental reclamation and remediation is not new, it has typically been a time-consuming and costly solution due to higher power costs and equipment failure, says Jim Micak, chief executive officer of EKS. “By applying and distributing the electricity to the tailings in a different manner, we have been able to avoid electrode burnout problems, reduce time involved and make the process more cost effective. This is what makes us different.”

EKR has been proven to be effective in laboratory scale tests, and field tests are planned for 2014. The EKR process promises additional benefits, including the ability to treat tailings in place, which reduces handling and the need for heavy equipment or infrastructure. There is also potential to apply EKR to other mining operations that need to manage tailings.

Working with oil sands companies has helped advance the development of the technology, and going forward, Micak sees benefits from implementation of EKR technology that will affect businesses across the country: “Success means sourcing analytical equipment, electrodes, wiring, cabling and other products, many of which are readily available from Canadian companies.”

SAGD uses a pair of horizontal wells that are drilled into the oil reservoir, one a few metres above the other. High-pressure steam is continuously injected into the upper wellbore to heat the oil and reduce its viscosity, causing the heated oil to drain into the lower wellbore, where it is pumped out. The current water recycling rates of companies using SAGD to extract bitumen are between 85-90%. The remaining 10-15% blow-down solution contains too much salt and organic matter to be reused.

Saltworks Technologies of Vancouver, BC, has developed a machine that uses waste heat from the SAGD process to produce distilled water from the waste water. Saltworks’ SalktMaker machine separates out waste as solids, which are then bagged for safe disposal. The patented process recycles the heat four times, in multiple effects, making four batches of water for one batch of waste heat. The water can then be reused in the extraction process.

The machine reduces energy consumption, freshwater withdrawal and waste volumes leaving the facility. Ben Sparrow, CEO and founder of Saltworks, says the SaltMaker is helping to bring recycling closer to 100%.

The first full-scale installation was at a natural gas field in Australia. This early implementation of the technology has allowed Saltworks to bring the technology back to North America. Two pilot projects are currently underway in the US, and a third has been established at a site in BC. The SaltMaker is coming closer to adoption in the oil sands, with planning underway for a field implementation in 2015/16.

Implementation in the oil sands will increase competitiveness by lowering the cost of production and driving sustainability. It is also helping create a new industry for Canada as we become experts in treating the toughest water in the world.

The SaltMaker can also be used to make fresh water from seawater where the only available energy is the sun. Waste heat applications in the oil and gas sector are helping increase production of other applications, such as off-grid solar thermal.

The oil sands region of Fort McMurray, Alberta, is home to some of the most extreme conditions in the industry. Winter temperatures can drop as low as -40 degrees Celsius while liquids entering a storage tank can be near boiling point. With $10-30 million invested in tanks at an oil sands production site, creating tanks that can endure these punishing conditions is critical.

STT ships its factory-manufactured bolted tank section from its manufacturing partner where a specialty epoxy coating is applied to the inner wall to address heat issues within the tank. The tanks are then shipped in sections to the production site in the oil sands where they are assembled using an innovative jacking system, which reduces the requirements for heavy equipment and scaffolding. External insulation is added as protection from outside temperature extremes.

While the tanks are used for storage in other environments, the change in epoxy has allowed the tanks to be used in SAGD operations where the bolted tanks have several benefits compared to welded storage tanks, including a lining lifespan of up to four times longer than welded tanks and cost reductions of 20-30%.

The oil sands is the most extreme of any application, says David Deacon, CEO of STT. “They need the best quality in everything, which is driving us to continually improve.”

In the wake of these innovations, and with the promise of more to come, the industry is definitely heading towards a more environmentally conscious and sustainable future.

I am a water plant superintendent and I use two chemicals that are mixed together (H.M.O.) which is injected into vertical filters to reduce natural radium that comes from ground water. The chemical has to be mixed 24 hrs a day. Prior to these mixers I had good reduction but after using Dynamix I have been getting non detects on my testing. Be prepared Dynamix put a lot of science into my processes which included sizing of tanks, viscosity of chemical, measuring of tanks, and many pictures to insure proper application was achieved. I have three mixers in process and I think it has been around four years when I started using Dynamix and my original mixers are still running perfectly when the other mixers would not last more than one month.