is Trying to Ruin Your BBQ

There is nothing quite like enjoying a frosty cold one on a hot summer’s day, while grilling the perfect steak in your back yard.

The problem? Beer is a deeply agricultural product – breweries are tied to the seasons, land productivity, and most importantly, available water.

Although water is beer’s primary ingredient, the water shortage in California isn’t the only crisis our beer fridge is facing as the days get warmer.

Many breweries in California rely on the Russian River as a water supply. But the recent drought and shrinking water supplies have them scrambling to find new sources. Viable options include employing a reverse osmosis system to purify groundwater, or even switching to a facility in another State. But many options are limited to the breweries that have the scale and resources to pursue them as alternatives.

What About the Barley?

Recent years have seen increased patterns of heavy downpour and drier droughts. Heavy rains in Australia and a drought in England both damaged barley crops. According to the National Climate Assessment, these conditions are likely to accelerate as greenhouse gasses trap heat and warm the planet. Even Idaho, where Anheuser-Busch sources a lot of their barley, the farmers are seeing less water coming as snowpacks decline.

These crop shortages have prompted larger breweries to become not only more efficient in their water usage, but to try brewing beer with alternative grains.

SABMiller, the second-largest brewer in the world, has been testing with cassava, a widely available staple crop in Africa and South America. The project in Mozambique was initially difficult because the potato-like root vegetable rots quickly, but through use of a mobile processing plant, the company was able to launch the first commercial-scale cassava-based beer, Impala. SABMiller likes this because it diversifies their product base, insulating them from droughts that have endangered barley crops in the past. Local farmers also like the commitment to local, sustainable farming.

Warmer Weather is Ruining Everything

A study from 2009 suggests that the quality of Saaz hops from the Czech Republic has been falling since 1954. Due to warmer temperatures, this is true for hops growing regions across Europe. Climate change is already affecting beer drinkers, and it will continue to do so as temperatures increase globally.

The good news in all of this? Beyond simple adaptation, many breweries are focused on becoming more efficient and trying to lower their carbon emissions that help fuel climate change. They are even finding that it is also saving them money.

This is great news for beer lovers.

Innovation in the Face of Change

Earlier this year, the Outer Banks Brewing Station announced that it was the first brewery in the country to be directly powered by wind energy.

The owners, clearly proud of their commitment to harness the wind, state on the website, ” We pride ourselves in being innovative and conscious about the environment, while helping others learn as much as they can about renewable energy and sustainability.”

The North Carolina brewery installed a small wind turbine on an 80-foot tower, which will cut their monthly electricity costs by $150-250. And although the turbine will not recoup the $50,000 price tag until 2020, the good PR that their investment has brought their way has probably covered the cost already.

Solar energy systems are proving to be a very popular solution. 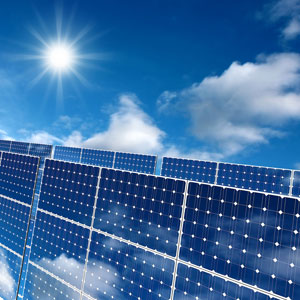 Last year, Abita Brewing Company installed 340 solar panels on its warehouse roof. The installation was large enough to rank near the top of all commercial solar installations in the state of Louisiana.

Milwaukee Brewing Co. became the first “green beer” creating facility in their city last year. The panels are used to heat the water used in the brewing process, and are expected to reduce energy costs by as much at 27%.

“Sustainability efforts like this are at the core of our mission,” says Vermont Hard Cider CEO Bret Williams. “To be able to tap into local renewable energy is good for our business, the local economy, and the planet.”

A Different Kind of Wind…

Woodchuck is also procuring another 25 percent of its energy through Green Mountain Power’s “Cow Power” program, which is not actually a bunch of cows walking on treadmills. Instead it’s a program that produces electricity by harvesting the methane gas from cow manure and using it to power generators providing electricity to the grid.

So, in short, while brewing companies are faced with many challenges in today’s climate changing world, they are proving to be a very crafty bunch indeed! Thanks to their innovative resourcefulness and the employment of sustainable efficiencies, we won’t have to worry about the keg running dry just yet. 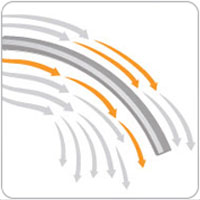 The service was great, fast moving forward. Our account manager was prompt in assisting me with the technical details needed in order to modify the mixer to our requirements.